Gintė Bernadeta Damušis – American Lithuanian, diaspora activist and engaged diplomat - devoted her life to representing Lithuanian interests in times of soviet occupation and after its restoration, in foreign countries and international organizations.

She was born and raised in the United States in the family of famous Lithuanian activist, resistant to nazi and soviet occupations in Lithuania Adolfas Damušis. The family faithfully protected Lithuanian language, followed Lithuanian customs and traditions, and laid solid grounds for her life-time activities. Since her childhood, G. B. Damušis has been keenly interested in resistance movements, upon graduation of history and politology studies, she started managing the Lithuanian Information Centre. In the 1980s, this Centre functioned as an unofficial Lithuanian embassy in the free world and had a strong impact on the restoration of the Independence of Lithuania.

When Lithuania restored its independence, G. B. Damušis started working in the Lithuanian Mission at the United Nations. When Lithuania joined NATO in 2004, she became the first lady Ambassador in the history of the Alliance. Since then, she has led the Lithuanian Embassies in Austria, Canada, Denmark and Iceland. Her diplomatic career lasted for more than 30 years. She has always paid special attention to Lithuanian diaspora, its engagement in the life and strategic development of Lithuania, as well as the promotion of the value of diaspora for the democratic processes in the country.

In 2013, G. B. Damušis founded the Adolfas Damusis Democracy Studies Centre, which now forms the specialised department at the National Library of Martynas Mažvydas. It is involved in the research of the ideas of the democratic political thought of the 20-century Lithuania undergoing the process of modernization and its historical heritage.

For her civic activism and diplomatic service, G. B. Damušis was awarded with the Order For the Lifetime Achievements and the medal of the Ministry of Foreign Affairs For the Achievements in the Diplomatic Service of the Republic of Lithuania.

Global Experience for Change in Business 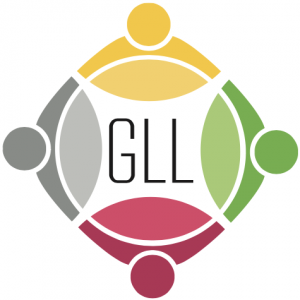 For western entrepreneurship spirit in Lithuania

Rita Sakus is a symbol of western entrepreneurship in Lithuania. Born and raised in Canada, she gained experience working with venture capitals in the defense and telecommunications industries in Canada, US, and Israel. R. Sakus moved to Lithuania in 2002 and, for the past two decades, she has been helping Lithuanian start-ups with their development and expansion of the ecosystem.

As one of the founders of the Lithuanian business angel community “LitBAN”, R. Sakus has contributed to adding the missing link in the start-up investment chain, forming the first angel syndicates, preparing acceleration programs, and effective engagement of diaspora to these activities. To start-ups, R. Sakus is known both as an investor and a mentor, helping young entrepreneurs to understand the principles of strategy, western work culture, innovation management, and relationship with investors.

For the revolution of the global industry of simultaneous interpretation

“Interactio” invaded the market worth a few billion dollars, where the same service providers dominated for the past few decades. Their innovative product revolutionized simultaneous interpretation, often used in business and public institutions. With Covid-19 acting as a decisive factor, “Interactio” grew 12 times during 2019-2020 while remaining profitable. In 2020, the company organized more than 18,000 events attended by 390,000 listeners from more than 70 countries.

Among “Interactio” clients in more than 38 countries, we find the largest global institutions, including the European Parliament, European Commission, United Nations, and corporations like BMW, “JP Morgan” and “Microsoft”. The company continues to grow and, in May this year, attracted a 30 million dollar investment, which is the biggest series A investment in Lithuania and one of the largest in the Baltics.

Global Experience for Change in Science

For introducing a new level of quality in NGO management studies

“My dream job is Lithuanian ambassador to the United States of America.” – says Thomas Bryer, whose grandparents are from Lithuania. T. Bryer initiated the dual degree program for students of Kaunas University of Technology, who can now learn public governance from the best of the best in the USA. There, the NGO sector is known for deeply rooted traditions of development, fundraising, and management.

In Lithuania, T. Bryer works as a lecturer for both students and professionals. He openly shares his experiences, performs scientific research, and, additionally, has raised funding from private Lithuanian funds to finance students’ scholarships so they would have the opportunity to study in the USA and strengthen Lithuania’s NGO sector upon return.

T. Bryer has already received at least 15 awards for his activities in public governance, NGO and volunteer management. His residence in Lithuania enriches both the academic community and the NGO sector.

For the Lithuanian jump to global cinemas

Giedrė Žickytė directed the documentary “The Jump”, which tells a story about Lithuanian sailor Simas Kudirka. In the Cold War, he jumped from a soviet to an American ship, asked for asylum, but was given in to the soviets. G. Žickytė uses the story to tell the story of Lithuanian resistance – and she does it so skillfully and sensitively that it has caught the attention of international audience.

Despite being released during the peak of the pandemic, the movie has been selected and shown at more than 40 international festivals in the US, Europe, Asia, and Australia. It has won 7 international awards, thus becoming the most awarded Lithuanian documentary film. "The Jump" was also selected to represent Lithuania in the Oscar Awards. For the first time, the history of Lithuania was told in a language universal to the entire world.

G. Žickytė is one of the most prominent creators of documentary film in Lithuania with 5 “Sidabrinė gervė” awards. Avid viewers will remember her movies “How We Played the Revolution” and “Master and Tatyana”.

For the cosmic confession of love for Lithuania

On September 16, the whole world has held its breath while four civilians went off to the first-ever space tourism trip – ”Inspiration4” (SpaceX). One of the travelers – Jared Isaacman – had packed a Lithuanian flag into his very limited luggage space. Higher than ever before – at 585 km height – he unfolded the flag, thus expressing his gratitude and respect for our country and his colleagues working at “Shift4 Payments Lithuania”.

The founder of the leading secure payment processing solutions company in the USA opened a "Shift4 Payments" branch in Lithuania more than 4 years ago. Today, the unit employs 230 specialists and is investing over 2 million Euros in creating new jobs and improving the well-being of the employees each year. 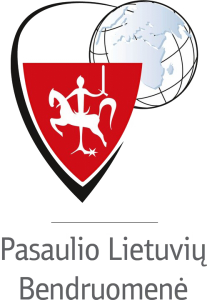 Lemont, a suburb of Chicago, is a Lithuanian island in the vast USA. Its Lithuanian spirit and identity there is cherished by Maironis Lithuanistic School, founded as early as 1959. It is the oldest and largest Lithuanian school outside Lithuania. Thousands of Lithuanian children have spent their childhood Saturdays learning the language, customs and celebrations. This school year, over 600 pupils are attending the school. In 62 years of operations, the school has been faithful to its goal to make sure diaspora children speak the language, learn the history, geography, literature, ethnic songs and dances, and celebrate important dates.

Maironis Lithuanistic School is accredited by the state of Illinois: its graduates receive two foreign language credits required to apply to universities. Currently, the school is seeking an accreditation certificate “Seal of Biliteracy '', for graduates to receive the proof of bilingual education.

For legal transformation of Independent Lithuania

In 1991 Lithuania re-emerged on the map as a new state and immediately faced the lack of legal and economic structures to start the transformation of the country - the soviet system became outdated overnight. Fortunately, Lithuanian diaspora with a century-long experience of democratic rule of law and market economy was eager and ready to help.

The two potentials - Lithuanian talent and enthusiasm of global Lithuanian professionals - were brought together and turned into unique endeavors by third-generation American Lithuanian of respectful dynasty of lawyers Ernestas Raskauskas Jr.  driven by his ethnic connection, professional expertise and commitment to democracy.

The first meeting with the Minister of Justice Vytautas Pakalniškis in November of 1991 started the engine of a comprehensive assistance program for the transformation of Lithuanian legislation. It resulted in the formation of the Ad-hoc Commission for the Execution of the Constitution compiled of 16 lawyers of Lithuania and the USA, and led by E. Raskauskas. Thanks to his high-level connections within the American Bar Association, he engaged into the process of Constitution development judges of the Federal and State Supreme Courts, Senators, professors of respectful Law Schools, and negotiated the funding of the Central and Eastern European Initiative (CEELI) established by the US Government  as assistance program to post-soviet states.

The Commission had two intensive workshops in Vilnius and Washington DC. In Washington DC, E. Raskauskas organized official visits to the Senate, House of Representatives, the Supreme Court, Treasury Department. The drafts of the Constitution were reviewed by top level experts of law, including the legendary Judges Sandra Day O'Connor, Ruth Bader Ginsberg, and Ruth McGregor.

In May of 1992, E. Raskauskas together with the newly established CEELI office in Vilnius organized the First World Congress of  Lithuanian Lawyers. It lasted one week and was comprised of official ceremony at the Opera Theater, professional conference at the Culture House of the Ministry of Interior, as well as a cultural program. It was attended by over 500 lawyers, more than 100 of them were Lithuanian law professionals from the USA, Canada, Australia, invited and professionally engaged by E. Raskauskas, strong believer in the power of joint efforts of Lithuania and its diaspora.

CEELI Vilnius office functioned as an active assistance program for more than 10 years. It provided legal expertise on a wide variety of legal issues responding directly to the requests of Seimas lawyers and government ministries, supported Lithuanian delegations in legal negotiations with international organisations, such as the World Bank, transformed legal education programs at VU and VMU, reformed the Lithuanian Lawyer Association in the areas of professional conduct, a code of ethics, the principles of independence, engaged in the development of Commercial Law, and established law libraries of Western materials.