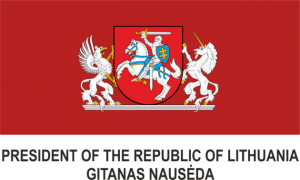 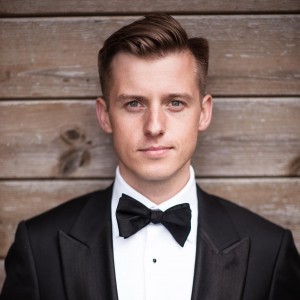 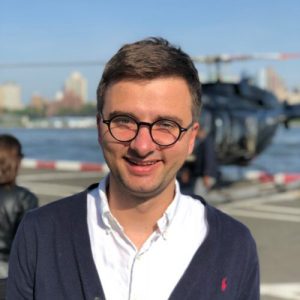 BitDegree is an international e-learning platform that was crowned as the Global Leader of Learning & Education in the United Nations World Summit Awards (WSA) Global Congress in Vienna, Austria. By leveraging blockchain technology and gamification elements, it builds online education digital solutions that tackle the United Nations Sustainable Development Goals and make online education accessible worldwide. Founders Danielius Stasiulis and Ervinas Rimdeika have been leading the development of ed-tech technologies in Lithuania, BitDegree are among the founders of EdTech Lithuania community.

For reliable simultaneous translation technologies which enabled the distant operations of European Union, United Nations and other institutions

Since the very beginning of COVID-19 related restrictions, online platform of simultaneous translation Interactio has become the first choice by the institutions of the European Union and United Nations in organising multiple distant meetings. This May, Interactio accommodated the largest fundraiser organised by European Commission to collect funds for virus treatment and vaccination research. It was attended by the leaders of 40 countries, it raised 7,4 billion euros. Since 2015, Interactio has offered translation solutions to more than  8000 events in over 40 countries, has worked with Google, Microsoft, Mary Kay, TEDx, Apple. 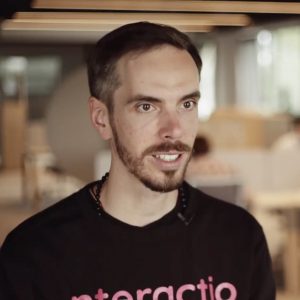 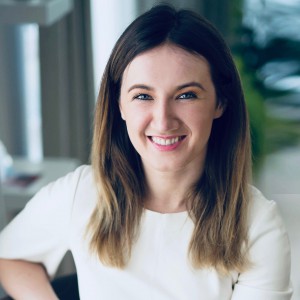 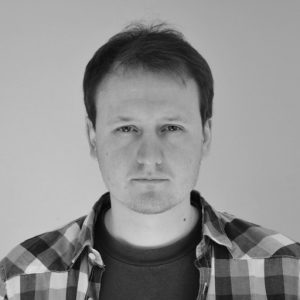 App of emotional well-being at the workplace Mindletic (formerly known as Act on Crisis) took second place at the international programming marathon The Global Hack attended by 15 thousand participants representing 100 states with more than 1000 ideas responding to COVID-19 challenges. The app has been developed by an international Lithuanian - German - Norwegian team, it was featured on global media including Forbes, NHK WORLD-JAPAN. It was acknowledged at the Lithuanian startup Wrap Up of 2020 & Startup Museum Awards. Mindletic is meant to encourage following personal emotional status and offers three kinds of services - breathing exercises, anonymous conversations and private sessions with certified specialists.

NanoAvionics is the first and only Lithuanian company specializing in satellite missions for its worldwide customers – from designing and manufacturing standardized satellite platforms and modular satellite systems, to providing satellite integration, launch and mission operations services. The core of NanoAvionics team was behind LituanicaSAT-1 mission which was one of the first two Lithuanian satellites launched to space in 2014. And now, 6 years later, they grew the team to 90 people, have offices in Lithuania, United Kingdom and United States of America, and have participated in over 75 successful satellite missions and commercial projects. Most notable customers, NanoAvionics supply their satellites and mission services to include NASA, Thales Alenia Space, MIT, ESA, SEN and many innovative space-based businesses.
Global space industry recognized Vytenis Buzas, CEO and co-founder of the company, as one of the most prominent leaders to watch in 2021. 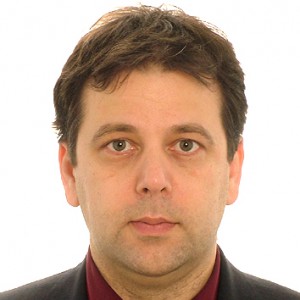 Researcher at the Center for Physical Sciences and Technology (FTMC) and Professor of Physics in Kaunas University of Technology (KTU), Lithuania

In 2019, scientific advances in material science related to quantum information technologies made by the group of theoretical physicist Audrius Alkauskas got on the cover an influential journal of applied physics, Applied Physics Letters. Audrius led the international team and presented the results of the research on single-photon emitters in two-dimensional semiconductors. Audrius continues research in computational materials science as applied to quantum information processing and has recently joined an EU Quantum Technology Flagship project on diamond-based quantum sensors. Audrius has received his PhD at the University of Basel (Switzerland), has worked at the Swiss Federal Institute of Technology in Lausanne (EPFL), as well as at the University of California Santa Barbara. Most of his present research is conducted back in Lithuania. 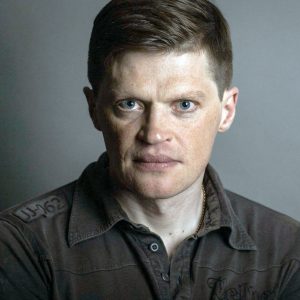 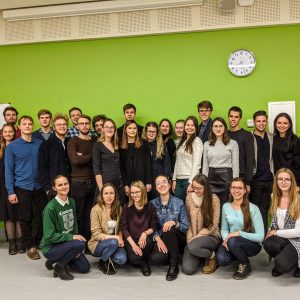 Since 2015, the students of life sciences of Vilnius University have proved to be the best in the international competition of synthetic biology iGEM (angl. International Genetically Engineered Machine Competition). In 2020, Vilnius iGEM won the Grand Prix of the competition against 250 teams of best world universities. The Lithuanian team presented project FlavoFlow, a platform to treat and prevent the fish infections inflamed by dangerous Flavobacterium bacteria. One more Grand Prix was brought to Vilnius in 2017 for project SynOri. In 2015 and 2016, iGEM Vilnius won Gold Medals, in 2018, they received Bronze. 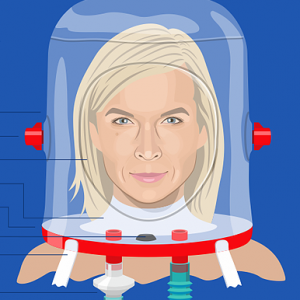 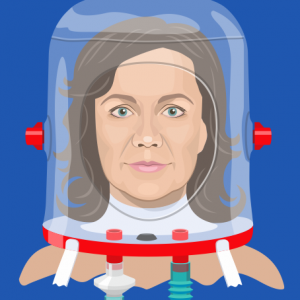 At the beginning of COVID-19 pandemics, MedEdTech project Helmet Based Ventilation helped the initiative of Laisvės TV „Laikykitės, medikai“ (Hold On Medical Workers) to purchase 250 non-invasive ventilation helmets decreasing the need for mechanical intubation for COVID-19 patients. US based Helmet Based Ventilation functions as a platform of high quality expert information on non-invasive ventilation methods used by health care institutions and medical producers and facilitating new inventions. Expert of this method, clinical application Aurika Savickaitė has been shortlisted as the finalist for the Awards of Global Women-Led Startup in Tech of the Year.

For a number of months, Tumas has been working directly with COVID-19 patients at the Cambridge University Hospital. Since the first days of pandemic, he actively advised the Government and medical staff of Lithuania on COVID-19 related challenges. Tumas invited global Lithuanian scientists to form a joint initiative and compile scientific data for effective measures against COVID-19. He was the second person in the world volunteering for AstraZeneca and Oxford anti-COVID-19 vaccine testing. Tumas has studied bio-chemistry at Cambridge and medical sciences at Oxford. In 2014, he established Data Based Medicine Center and has been building professional ties of Vilnius and Oxford Universities. 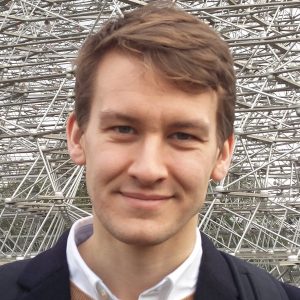 For the retraining initiative which attracted 24 thousand Lithuanian learners

During the first out-break of COVID-19 in spring, Coursera introduced a free program Workforce Recovery meant to facilitate the re-qualification of sensitive workforce groups of the underemployed and unemployed. Gintarė reached out to the Government of Lithuania, Ministry of Social Security and Labour as well as the State Employment Service with the offer of assistance to join the program. As the program was introduced in Lithuania, more than 24 thousand Lithuanian learners registered for free online re-qualification courses. These results led Lithuania to TOP 10 of the most active countries within the program. 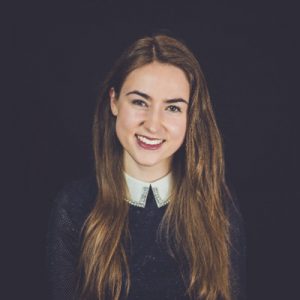 During the first out-break of COVID-19 in spring, Žilvinas and his family donated to various initiatives 250 000 euros distributed to project “Laikykitės, medikai!”, NGO “Gydymo įstaigų paramos fondas” and Vilnius City Municipality projects as well as Plungės district hospital. Žilvinas has supported a number of cultural projects such as MO Modern Art Center, monument to M.K. Čiurlionis Plungė as well as lobbying campaigns for more favourable business environment in Lithuania. He values expert knowledge and believes it has to be used in legislation. This year, documentary of Arūnas Matelis “Wonderful Loosers. A Different World'' was uploaded to online film distribution platforms of more than 90 countries including iTunes, Amazon, Google Play, Kanopy. In the USA, the film has reached TOP 3 among iTunes sport documentaries. The film features the backstage dramas of cycling competition Giro d’Italia, it has been awarded at 18 international film festivals, in 2017 it received the title of the best Lithuanian film, and in 2018 it represented Lithuania in two categories of Academy Awards.

For captivating story-telling of dramatic history of Lithuania by documentary "The Jump" and its victories at Warsaw, Rome and New York film festivals

Documentary “The Jump" tells the story of Lithuanian soviet sailor Simas Kudirka who during the Cold War made an attempt to escape the Soviet Union by jumping from the soviet to the american ship. The film captivated the global audience by the thrilling story and the way it is told. After it was awarded as the best documentary at the international Warsaw A Class festival, it travelled across three continents. For the first time in Lithuanian history, documentary “The Jump" was invited and screened within the main program of Rome Film Fest, and at DOC NYC 2020 in New York, it reached TOP 10 of public favorites. 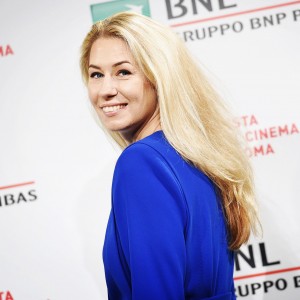 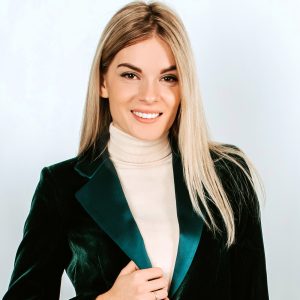 In 2020, Karina Sudenytė was listed among Forbes 30 Under 30 Social Entrepreneurs. Together with her husband, Karina developed the idea of cold-pressed juice made of imperfect and surplus fruit rejected by supermarkets. The food-saving nature-friendly social business called Flawsome! attracted the attention of the media of Europe. In three years, they plan to save 6 thousand tons of fruit surplus and share a million cans of juice with charity organisations in the UK.

Global Freedom Way initiative connected diasporas of Lithuanians, Latvians, Ukrainians and Belarusian in support to Belarusian fighting for the right to democratic elections. The meetings took place in 60 cities of 32 countries, in Lithuania, more than 50 thousand people joined the human chain from Vilnius to the border with Belarus. The event was widely covered by global media Euronews, Radio Free Europe / Radio Liberty (RFE/RL), AFP, Reuters, Sky news, France 24, ABC and many more.

After spring lock-down, Vilnius municipality offered local cafes limitless possibilities to expand their outdoor space to accommodate for safety restrictions of post-COVID-19 reality so that they could work, retain jobs and keep the city vibrant. The creative solution of safe socialising in Vilnius as Giant Outdoor Cafe reached the pages of BBC, CNN, The Guardian, Euronews, Independent and many more. Some European cities followed the example. 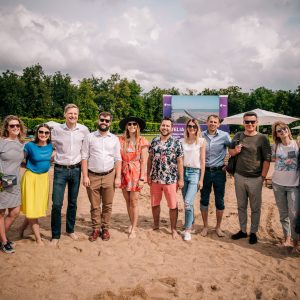 Alvija proudly wears the title of Alytus ambassador in the UK. She was the one to initiate and coordinate the Alley of Global Alytus Natives featuring the trees and other decorative plants taken care by families of Alytus region living elsewhere. Alvija took active part in the establishment and coordination of Lithuanian integration center in Alytus. It is meant to facilitate the integration of returning global children by teaching the basics of LIthuanian language and history. In response to COVID-19 challenges, Alvija raised funds and coordinated the production of protective shields for Alytus medical institutions.

Donata facilitated the introduction of mobile classrooms at Panevėžys V. Žemkalnis High School for the cognitive integration of returning children. Since 2017, she has coordinated the project Lietuva+Airija=Aš connecting Panevėžys and Cavan children and teachers and organised their exchange visits meant to introduce the countries and strengthen personal and professional ties.
Donata has been in charge of Lithuanian school in Cavan, Ireland, Gintarėlis for more than 10 years. She represents the whole community of global Lithuanian teachers at the initiative working on the integration model coordinated by the Ministry of Education, Science and Sports. 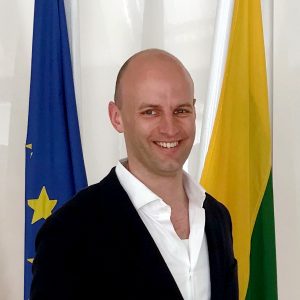 After a five-year long IT career in London, Marius came back to Lithuania inspired by the possibility to use his community building skills for bringing together and inspiring future ambitions for Ukmergė region teenagers. Since 2018, Marius organises week-long leadership and coding camps Sveikas kodas and shares his passion for physical activity, psychology and programming. The growing community is engaged in year-long motivational and learning activities. Driven by growth, he builds connections with other municipal and non-governmental organisations of the region.

Monika proudly wears the title Tauragė Ambassador in Australia. She has been sharing her skills and experience in organising municipality events, mentoring students and young professionals. In December 2020, Monika will be hosting virtual Tauragė Hackathon meant to encourage innovative approach in all areas of regional development. This illustrates her overall mission in facilitating the upbringing of new positive, collaboration and technology driven generation eager to build innovative Lithuania.